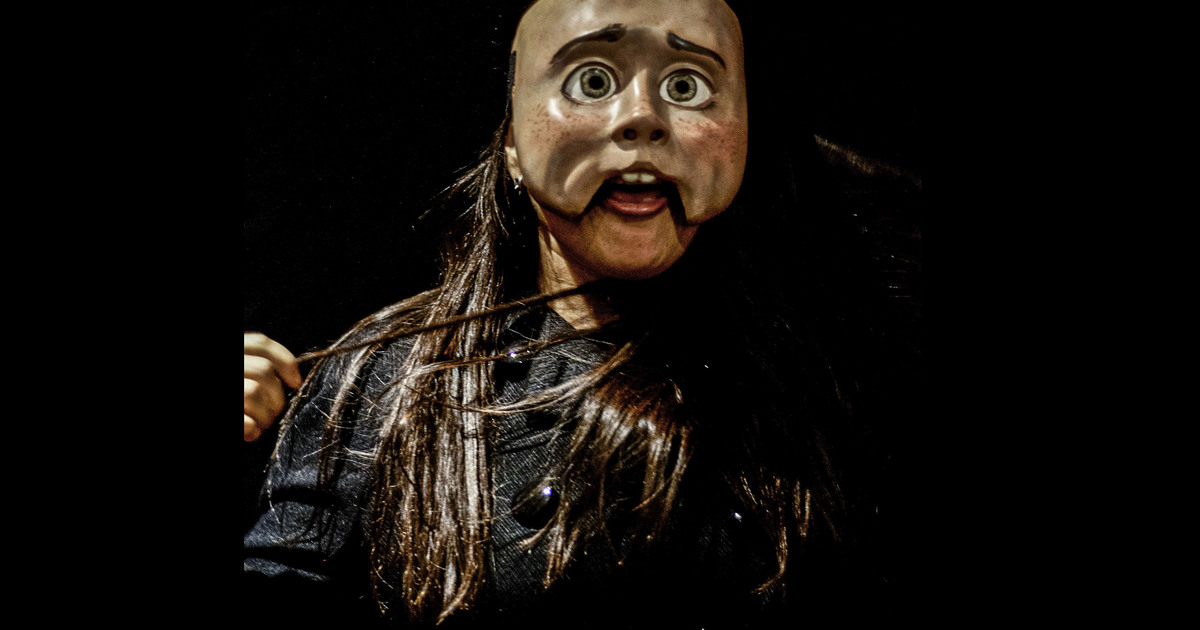 ******PLEASE NOTE: The class is full, but we are keeping a waiting list in case there are cancellations, or if more slots open up. At the moment, you can sign up to be on the waiting list, but we cannot guarantee a spot for you in the workshop.*******

We call this method of using masks ‘Trance’ because the technique is based on putting aside our ‘selves’ so that the ‘mask’ can be turned on. This trance isn’t medical in nature. No drug-like drowsiness or dizzying of the mind occurs. Some actors can feel ‘odd’ because the experience is not what one expects. It’s never what one expects.

Keith Johnstone called it Trance because of the nature of the relationship of the actor to the mask. That is, the mask is not a predetermined thing. There are no lessons on how the Mask ‘should’ behave or sound. The process is concerned with experimentation at the simplest level. There is technique evolved in how to set up the experiment, but when it comes time for the actor to try out a mask to see what is 'there’, only the experience of the actor matters. We use handheld mirrors to do this. The actor responds intuitively to what they see in the mirror, and see what kind of sound comes out of it. Hanging on to that ‘experience’, sustaining it, is the only objective. The Mask does the rest. The Actor sets themselves up allow this to happen. To allow the Thing in the Mirror to take charge of all behaviour. When this is sustainable, the Mask begins to ‘learn’ how to speak and to interact with others. Over time the Mask develops skills and vocabulary and understanding of its world. For example: often the Mask becomes a better actor than the person wearing it.  Trance seemed to be the best word to describe the experience.

This workshop will be taught in English.

Frank Totino was born in Sudbury Ontario in 1949. His family moved to Alberta, where his mother had been born to Irish homesteaders. He lived in Lloydminster, Edmonton and then settled in Calgary.​

After high school, finished in Vancouver in 1967, he hit the road as a hippy, travelling Canada and the USA, then Europe. In the early 70’s he joined a rock and roll band and continued to pursue that avenue of interest even after meeting author and theatre pedagogue Keith Johnstone in 1976. In fact his first association with Johnstone was as Music Director and composer for Johnstone’s production of Shakespeare’s The Tempest. Frank was invited to join Johnstone’s new theatre company, The Loose Moose Theatre where he was part of the evolution of Johnstone’s Impro theories into both play productions and the development of Improvisation into Theatresports which was to become famous and played around the world. He began directing in this period, encouraged by Johnstone. It was during this period that Frank produced several films and video programmes of the work at Loose Moose. As well he was, with writing partner, Jim Curry, making experimental video programmes.​

Frank had opportunities to move to the US as a result of his work with Johnstone’s production of the Last Bird in New York, and because he got a lucky break being cast as a villain in a Hollywood production of the Emmy award winning Gunsmoke. Rather than move to Los Angeles, Frank moved to Vancouver where the film industry was beginning to boom. He appeared in several series for television including The Beachcombers, 21 Jump Street, Border Town and in films produced in Vancouver until becoming bored with that life. He and his wife Corinna moved aboard a small wooden sailing boat and moved it to Europe where they lived aboard for the most part until the end of the 1990’s. In Europe Frank got back into theatre as a director in Scandinavia and as well performed with a Dutch improvisation company.He continued to work in Europe, after returning to Calgary to get a Master of Fine Arts in Directing. He directed plays in South America, Norway, Sweden, Denmark and France and became known for his Acting classes where he taught about the value of Impro in Acting, in several National Theatre Schools in Sweden, Norway, Denmark, Poland, Slovenia and as well for theatre companies in many countries round the world, including China, Chile, Peru, Mexico, Argentina, Italy, France, UK, Scandinavia and Canada.​

Frank is Director at Keith Johnstone Workshops Inc. Currently he is in production of a film made online with performers in different locations around the world using technology to put people together in scenes.

Using Impro to investigate Realism in Performance, Spontaneity in Text and Scene Work, and the Discovery of Character.​ We want something to happen on stage, or in a scene, and by & ...